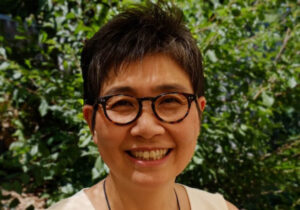 Do you enjoy the social buzz of work, having a cup of coffee together, laughing together and achieving things together?

Unlike bonding, bridging requires intentional effort and pro-diversity belief. That is when bridging becomes powerful.

Business magazines like Forbes and Harvard Business Review have been singing its praise for years for diversity as the key to creative cooperation, increased profits, and/or innovation.

Teams without diversity in contrast suddenly seem dull, old fashioned and produce nothing so exciting.

There are five reasons why diversity is interesting for teams:

Having the power of bridging with pro-diversity beliefs, the above five will surely take place in culturally diverse teams.

However, in contrast, in teams where the leader or other members are less positive about their team’s diversity, and are not managing their diverse team well, members of the group tend to fall apart developing stress, fear, anger and uncertainties. This ultimately leads to seeking recognition and protection by forming in-groups, using, or inventing differences to justify those in-groups and being unable to perform.

Leaders and team members need to systematically apply the two principles: avoid fault-lines and promote pro-diversity beliefs at work. It is important that they understand and constructively deal with their cultural differences.

Stop ignoring the differences, understand them, manage them, and enjoy achieving business goals together. Do this, and the above 5 magics of diversity will be yours.

Cultural Competency training kick starts the critical cultural competency development journey to succeed in culturally different environments. It is a critical part of the Kaleidoscope Mentoring Program as it makes the participants, both mentors and mentees, aware of the need for cultural competency and its importance in achieving their goals.

The Kaleidoscope Initiative is being implemented under a local government and corporate partnership and is partially funded by the Western Australian Government through the Office of Multicultural Interests.