It gives us great pleasure to share that City of Stirling‘s Kaleidoscope Initiative project has won the overall Excellence Award in the National Awards for Local Government. City of Stirling’s Mayor Mark Irwin, CEO Stuart Jardine and Service Lead for Cultural Diversity and Community, Sarah Janali received the award on behalf of the City of Stirling. Over 880 local government representatives participated in the award ceremony. 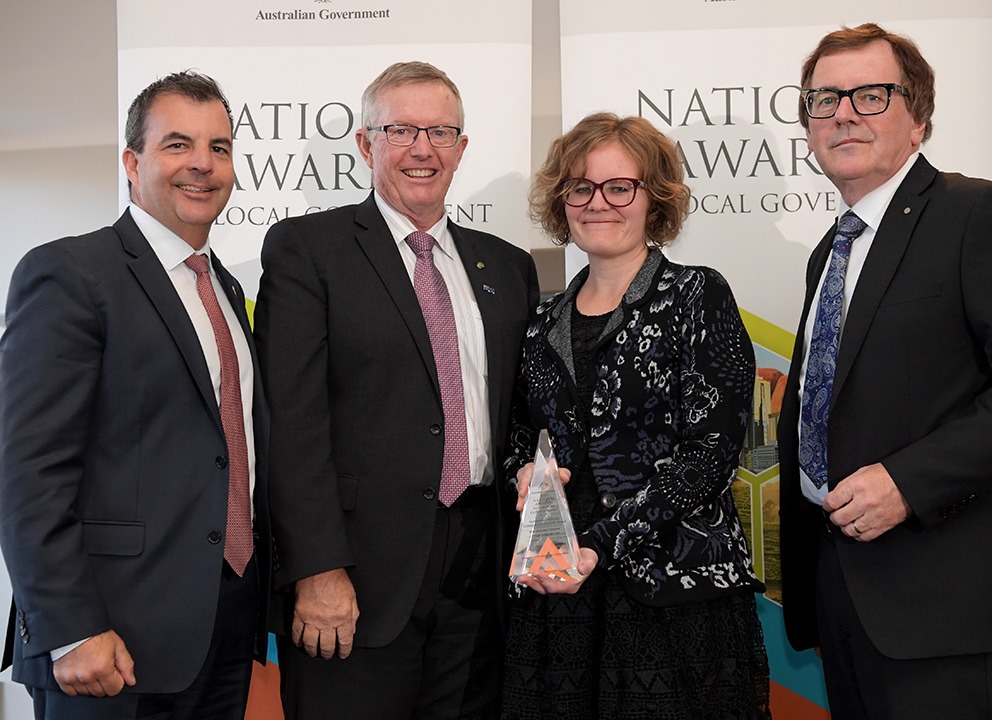 This is after Kaleidoscope earlier won the 2019 National Awards for Local Government award in the ‘Multicultural Australia – Cohesive Communities’ category.

Sarah Janali also spoke to NALG Awards Team on how the Kaleidoscope Initiative project was created and the impact it is having towards better employment outcomes for newcomer professionals in Australia.

The National Awards for Local Government program (The Awards) has been rewarding excellence in Local Government service delivery for 33 years. The Awards program seeks to recognise and promote innovative and resourceful solutions being driven by local government and making a positive impact in Australian communities.

Kaleidoscope thanks all the funding agencies, stakeholders, government agencies, other local governments, employer partners, community organisations, service provider partners, mentors, mentees and everyone involved in the project for the continuous encouragement, guidance and support.

Kaleidoscope Mentoring Program (KMP) is a Kaleidoscope Initiative’s flagship program funded by the Australian Department Department of Social Services and jointly delivered by City of Stirling, City of Canning and Metropolitan Migrant Resource Centre.  Since September 2018, KMP has completed two mentoring cycles wherein 9 out of 13 pilot mentees (since completed six months ago) and 9 out of 23 mentees have already secured jobs in their profession/industry since the cycle finished on 30 May 2019.