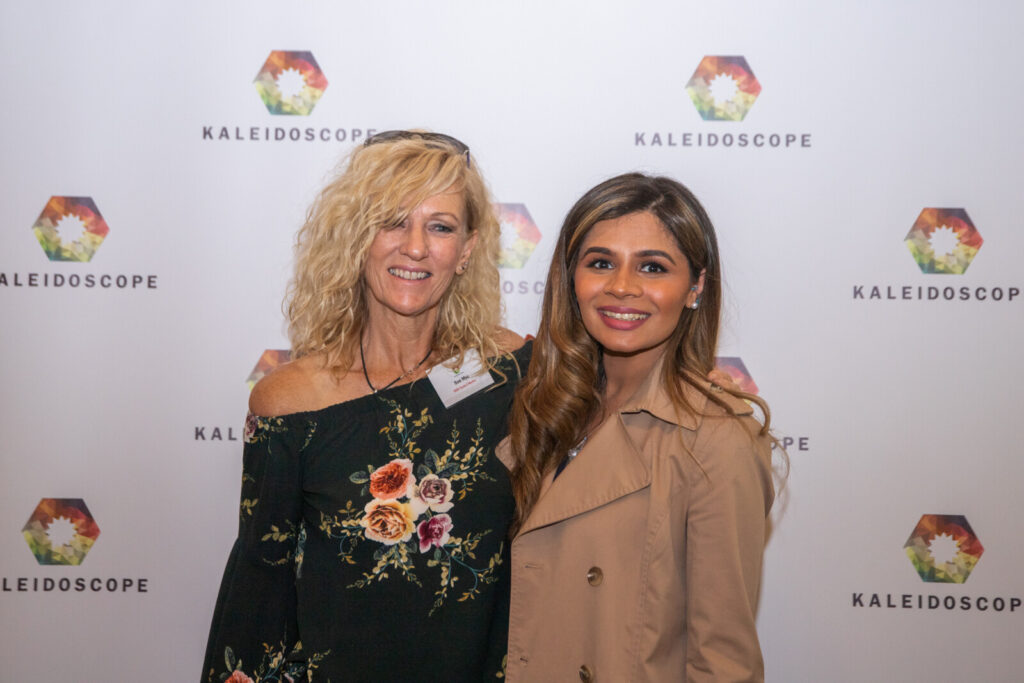 We spoke with Mashaal Mahmood (LinkedIn), a mentee from Cycle 2 2020 Kaleidoscope Mentoring Program and asked her to share her experiences, benefits and successes from participating in the program.

1. Tell us a little about your home/country

I am originally from the capital of Pakistan, Islamabad. It is one of the most modern cities in the country and definitely the safest.

2. Tell us a little about your own employment/professional history?

My background is in Journalism. I worked as an intern in one of the major commercial news channels in Pakistan, before moving to Australia in 2011, and on and off after that while completing my Bachelor in Perth from The University of Western Australia in Communications and Media. Most of my experience in Journalism in Pakistan was in the area of Politics and Human Rights, which of course is rather understandable considering the human rights violations in the country on a daily basis and political unrest. I used to interview people directly affected by the situations and present their stories in my first language, Urdu.

3. What challenges have you faced in your job search journey in WA?

I have a rather long list for that! Starting with the fact that I had to give up my career in Journalism in Australia due to multiple barriers. Even though I did have quite a distinguished overseas background in Journalism, along with a qualification in that area from a prestigious university from Western Australia, it was almost impossible to work as a journalist in the country. It was mainly due to lack of ‘Australian experience’ in the work field and the lack of understanding of how the job market works here. I kept on applying for jobs online to no benefit. Most of the time, it felt like no one was even looking at my application. My ultimate frustration caused me to give up on my dream of being a journalist and I requalified as a Media teacher, and started teaching in Australian high schools.

4.  What skills did you gain from participating in the program and how did this help you in your job search?

For me personally, Kaleidoscope’s online workshops act like a bridge between getting the qualification and finally joining the workforce. I wish I had this ‘bridge’ when I graduated as a Journalist, as I wouldn’t have struggled during my job-hunt process and ultimately changed careers due to lack of positive outcome. The online workshops specifically gave me an in-depth knowledge about the job-search process in Australia. Even after being in the country for almost ten years, I was lacking this vital information. I learnt some really basic things like making my job search efficient by learning how to use online professional mediums like LinkedIn and what words to use in my resume to make it stand out more in front of the recruiters who have uncountable resumes to look at. These strategies might sound basic and simple but play a vital role in making one stand out in the crowd of job applicants. In fact, I think the workshops should be a mandatory process for anyone who has finished their qualification and is looking to find employment in the area of their expertise or for those who have just arrived in the country and want to start their professional journey in Australia. Most of the time, people aren’t struggling to find a job because of lack of qualifications or experience, but due to lack understanding of the path that leads to one’s dream job!

5.  What are the three key benefits you gained by joining the program?

6. What was the best part of being a mentee?

I was matched up with Sue Myc, the chairperson and radio announcer at 89.7FM Radio. This match turned into one of the finest things that happened in my life since moving to Australia in 2011. I moved here to become a journalist but was forced to give up that dream due to lack of ‘Australian experience’ in that area. My mentor, Sue allowed me to run a 15 minute segment of her morning show once a week, where I would share information regarding a topic of my choice. This didn’t only allow me to learn how to conduct my communication on live radio, but also helped me polish my research skills; a very vital skill for any journalist, as I had to ensure that my information was correct and was presented without any bias. I also learnt how to use the radio equipment, which was definitely the hardest part but definitely the most useful one.

7.  In your opinion, did your understanding of Australian workplace culture and job application processes improve through participation in the program?

Some of the workshops were specifically dedicated to the Australian workplace culture and job application processes. A lot of unspoken facts were explained in these ones, such as not calling ‘sir’ or ‘madam’ to people at work and using their first names. I am sure that it is something that requires a lot of getting used to for people from many countries. In terms of job application process, we even did practise interview questions, and got little tips on how to conduct ourselves around our employers. As I said, a lot of unspoken rules that exist but a lot of migrants are unaware of.

8. Did participating in the program expand your professional community networks or knowledge in a particular area?

Working at 89.7FM Radio, as a part of the Kaleidoscope programme, was to help me get into the field of Journalism, but I have got so much more than that since I have been a part of it. Firstly, the opportunity to make friendly connections with people who had spent the majority of their lives here in Australia allowed me to understand the core of Australian culture. One of tendencies amongst migrants is to only mingle with people from their own backgrounds; regardless of how long they have been in their adopted home, mainly because it is their comfort zone. However, this pattern restricts them from sometimes assimilating in the new country. For me, 89.7FM Radio turned out to be a platform where I made deep connections with people who truly understood Australia and Australian values, and to my amusement, for the first time in a decade since I left my home country, I feel like having a sense of belonging, through the people who come from completely different background from my own.

9. Have you gained employment in your field? Can you tell us a little bit about your new role/job?

All thanks to the Kaleidoscope Program, I have my own radio show now on 89.7FM Radio. It is called The Brown Culture, and aims to share the culture/values/history of the Indian subcontinent or South Asia or countries like (India, Pakistan, Bangladesh, Sri Lanka) with people from different backgrounds in Australia, along with playing Bollywood and Lollywood music. Those of you who don’t know, Bollywood is India’s film and music industry while Lollywood is Pakistan’s film and music industry. The staff at 89.7FM radio was very generous to let me create something that I am truly passionate about. People from the Indian subcontinent represent a high number of Australian population, but not a lot of people truly understand their culture. The whole point of the show is to educate people about South Asian/Brown culture. Being a migrant, I understand that when people truly understand a culture on a human level is when the barrier between ‘them’ and ‘us’ is diminished. I aim to let people feel that we are all one, regardless of our race, religion, ethnicity , and no one really is ‘others’.

10. What advice would you give to a new mentee starting the mentoring program?

Show up for your online classes prepared and make the most of every single opportunity of learning something new. Being a part of this programme is a privilege. Had I received it 10 years ago, I wouldn’t be just starting to practise journalism in Australia.

11.  What would you rate the Kaleidoscope Mentoring Program out of 5 (5 being the highest)?

Interested in joining the next cycle as a mentee?

Applications for KMP 2021 Cycle 2 will open on 1 May 2021. To register your interest in becoming a mentee in our next cycle please complete an expression of interest form via the link below.

The Kaleidoscope Initiative has been supported by the State Government through the Office of Multicultural Interests. The Kaleidoscope Mentoring Program is being implemented under a partnership between the City of Stirling, the City of Canning and Metropolitan Migrant Resource Centre and is funded by the Australian Government Department of Social Services and the Western Australian Government. The Program has been created in consultation with the Toronto Regional Immigrant Employment Council (TRIEC). Their successful TRIEC Mentoring Partnership program is the model for mentoring programs across Canada and internationally.