Join the Kaleidoscope Initiative, Toronto Region Immigrant Employment Council (TRIEC)   and the Commonwealth Bank in this networking sundowner to learn how multicultural and professional immigrant associations can come and work together to present a strong and powerful perspective on employment-related issues in Western Australia.

The evening will culminate in a networking session where you can meet other professional bodies like your own. 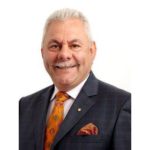 Huseyin (Huss) Mustafa is a Senior Executive at Commonwealth Bank of Australia with more than 40 years experience in the financial services sector. He is currently General Manager of the Multicultural Community Banking Australia team. Huss has a Turkish Cypriot heritage and migrated to Australia at 10 years of age. He is a passionate community leader, pioneering and championing a diverse workforce at the Commonwealth Bank.

Huss played a leading role in establishing The Australian Turkish Business Council of which he is currently the President. In 2014, he was awarded the Medal of the Order Of Australia for his services to Multiculturalism and Business. 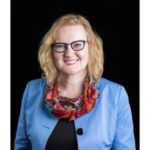 Margaret has over 20 years’ experience in the non-profit sector. Since 2012, she has served as Executive Director of the Toronto Region Immigrant Employment Council, a multi-stakeholder council that brings leaders together to create and champion solutions to better integration immigrants in the Greater Toronto Area (GTS) labour market.

At TRIEC, Margaret led stakeholders in the creation of a new strategic plan to increase the impact and scale of TRIEC’s work. Previously, she served as President of ABC Life Literacy, a national organization that inspires adult Canadians to increase their literacy and essential skills.

Margaret has extensive experience in employer and stakeholder relations, governance, fundraising and marketing. Previously, she was the Executive Director of the Association of Canadian Publishers, General Manager of Magazines Canada, as well as serving in marketing and fundraising roles for arts organizations including Tafelmusik Baroque Orchestra, the Royal Conservatory of Music and the Stratford Festival.

She has volunteered as a mentor for the Canadian Marketing Hall of Legends and as a board member and advisor for many not-for-profit organizations in immigration, literacy and the arts.  In 2012, she was awarded a Diamond Jubilee medal for contributions to literacy and culture.

Margaret has an MBA from the Schulich School of Business at York University.

For further information, please contact at (08) 9205 8555 or email us at kaleidoscope@stirling.wa.gov.au or https://kaleidoscopeinitiative.com.au/events/